After another amazing dinner with friends I tired away in the kitchen wiping through dirt and grime to find peace and serenity in the kitchen once again.  After not being able to fall asleep, I decided it was the perfect moment to catch up and tell you all about my trip with Brendon to the midwest. Yes, Brendon and I hit Chicago and Minnesota stopping in Wisconsin to see some friends of mine.

On the first Friday in December Brendon and I took to the air on Virgin America, after that flight I will never be able to look at another airline again. Brendon and I had the whole row to ourselves, which was perfect for sleeping on the early morning flight. We landed in Chicago around noon and decided to find grub, so what in the way of vegan fare does Chicago have…a bounty in fact of delicious fresh food from the midwest.

We started off at Xoco, I was a little nervous going to Mexican food but Rick Bayless is well known and I am always down to taste new food.  I was not disappointed, the people asked me if I wanted a beer while I waited in line to order at this cafe style eat-in restaurant. The food was delicious overall, but the one thing that threw the food off was the intensity of sodium in every bite. My mushroom salad still was incredible, and their salsas were delicious too, I guess you do not have to be in California to enjoy a bit of Mexico. Here’s the menu! 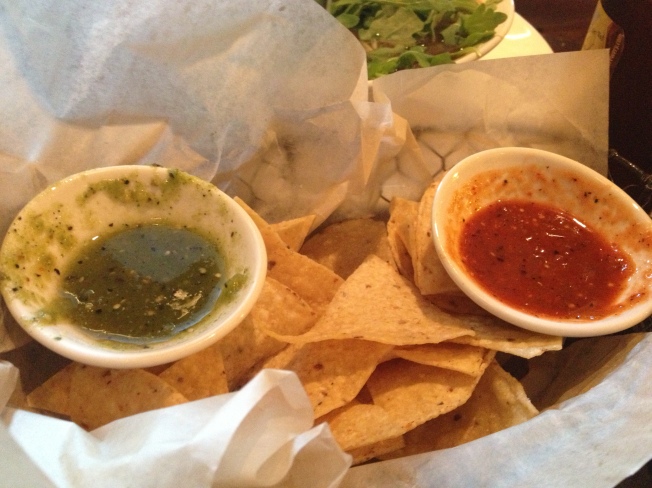 After a long day of travel we ended up at the boys town bars in Chicago. Is it just me, or is it weird that you can’t dance at the gay bars in Chicago?! We left the next morning for Minnesota but not before enjoying some of the best vegan diner food in the country. The Chicago Diner is a gem, all of the items on their menu can be adapted vegan, and to my surprise it was not a strictly vegan destination. Omnivores flock to the diner for delicious plant based grub, some surprised by the delicious vegan fare. Oh, and you can’t forget the vegan fairtrade milkshakes! 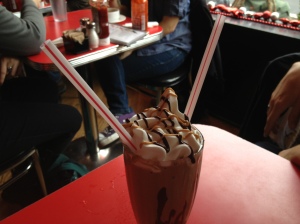